October 08, 2018
In the past most of my stitching has needed to be properly framed. Some still hasn't but is at my mum's  (I'll post photos of them another time). Looking at a couple, they could be easily turned into cushions or finished in a less formal way, but that's a job for another time.

So to have two Fully Finished Objects finished in the same week is a new concept for me! I also have a third finish but haven't gotten a hoop to frame it yet. We're still in Sydney until the end of the week so it's easy enough to get to Spotlight. 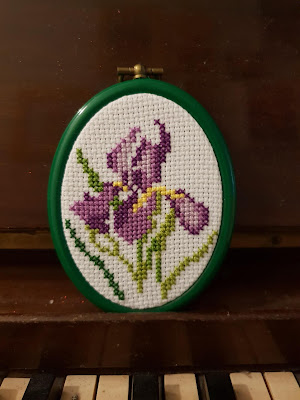 The kit came with a frame but it was way too small. I found the green one at a shop called The Sewing Basket It's basically a craft op shop! A new shop opened last Friday so I went and had a look at both shops. Got quite a few things including this frame, some patterns, an unopened QSnap Frame and some fabric - probably need a whole haul post to cover it all.

I finished this off with felt on the back. It was hard to get it pulled in properly at the back because there wasn't enough fabric around it. But no one is going to be looking at the back and the front looks fine! I did end up using spray glue to get the felt on - it was only around the edge and not on the stitching. 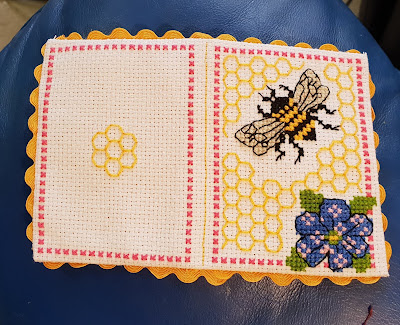 This was a quick stitch. The pattern didn't have anything on the back but after someone posted their stitching on the back I did something similar. I hand stitched the ric rac on then stitched the felt into the case. I think the inside needs finishing with some fabric over the stitching, I'll keep a lookout for some bee themed material. 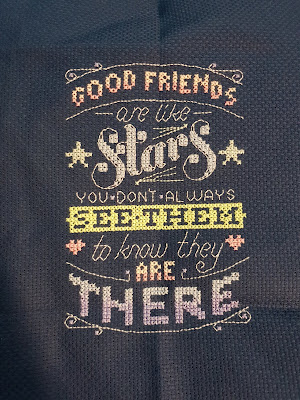 Just need a hoop and some dark coloured felt for the back. This was a pretty easy stitch though the backstiching was a bit tricky. I'm happy with it and I'm sure my friend who it is a gift for will love it!

Still no progress on this since I've been away. I did take the pattern to Officeworks to get scanned and printed on A3 paper. It's been enlarged so hopefully it will be easier to read now. 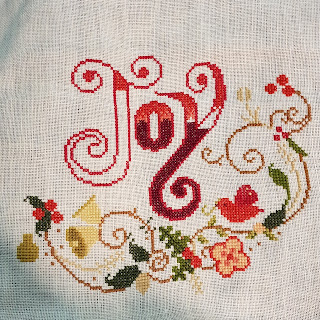 Realised this week that the hoop I bought for this is too small! I cut the fabric bigger than I needed so there should be enough. I put it in the Qsnap I bought this week - it's 11x11" It just fits and I found it better to stitch in than a hoop. I usually stitch in hand, but have been stitching the linen in a hoop since it's been a while since I used linen. 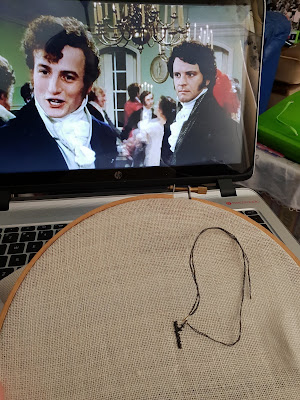 I actually got a lot more of this done today (yes while watching Pride & Prejudice..) but as it was the newlyweds name I'm not going to show my stitching. I got the whole middle done and then some of the hearts. I wasn't able to get a couple of the threads which is the only reason I didn't keep stitching it. It won't take long at all to finish. I'll be finishing it in a hoop like the sample on etsy. 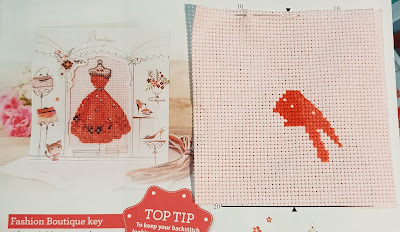 This is the first time I've had a free kit with the pattern actually in the kit and not just in the magazine. Mind you I've only just started buying cross stitch magazines again after a long time. This one has fractional stitches in it which I haven't done in a long time - but not finding it too bad.

Well that's it for my stitching this week. The girls are both away with their grandparents so no video again. Hopefully, after we get home next week!

Popular posts from this blog

February 12, 2011
Yes I've had something removed! I didn't even know it was the name of the operation until I saw the paperwork at the hosptial. http://orthotics-4-heel-pain.com/sesamoiditis/ (a random site I googled to show what bone I had removed)

I had the operation 3 weeks ago.  For now I'm walking with one crutch, on the heel & right side of my foot. With a particularly attractive black shoe thing with velcro on the top & a hard sole so I can't bend my foot. I can scrunch up my toes when I'm resting but I can't bend it the other way (think of when you're walking, & you have your foot bent up ready to take the next step). From the top of my big toe down to the base of the ball joint was numb after the operation - would have hated to feel the pain if it wasn't! The feeling has been coming back into it though it's still fairly numb in spots. There's lots of tingling & today a bit of stinging so I think it's all going ok. 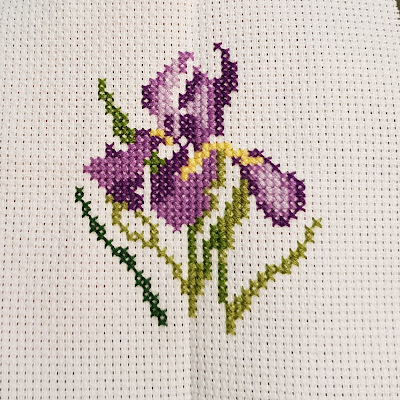 This is the first school holidays in a while where we haven't had the whole 2 weeks filled with stuff to do! Yes we are away, but we are staying with family, my husband is working (he's working in Sydney for 6 weeks) and for the rest of us there's not much on the agenda. So there has been plenty of time for me to cross stitch and my 2 girls have been doing a lot of Diamond Dotz pictures.
I finished my smallest project - the Iris kit I got from the op shop. I had some time waiting for medical appointments last week so was able to get a bit done then so just kept going until it was finished

It was a pretty dodgy kit! The needle was a normal sewing needle, the dark green wasn't on the pattern and then the hoop type frame that came with it didn't fit!! Irises are my favourite flower which is why I got it in the first place. I'll just find a hoop that fits it and finish it off that way.
WIPS
The Pioneer 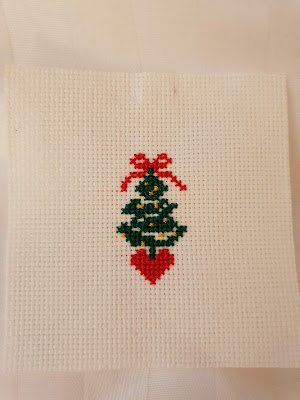 Trying to get back into the swing of things after holidays is never easy! Even more so when you know you have another 2 trips away in the next month. Our weather is getting hotter as well which takes me a bit of getting used to even after 20+ years in this area!


I found 3 similar kits at a Salvos shop. I'm not a fan of the lace so might just get a hoop to frame it. And I don't think I'll put in all the single yellow stitches around it. It came with all the DMC numbers so I'm going to use the pattern again to make some more ornaments.

Wedding Sampler
PDF pattern from SewHappyMailBristol on Etsy https://www.etsy.com/au/listing/630990781/pdf-cross-stitch-pattern-personalised?ref=shop_home_active_8 Started 8th October 2018
I've covered the name for privacy. This was mostly a quick stitch, though I did have to unpick the top bit where it says …
Read more